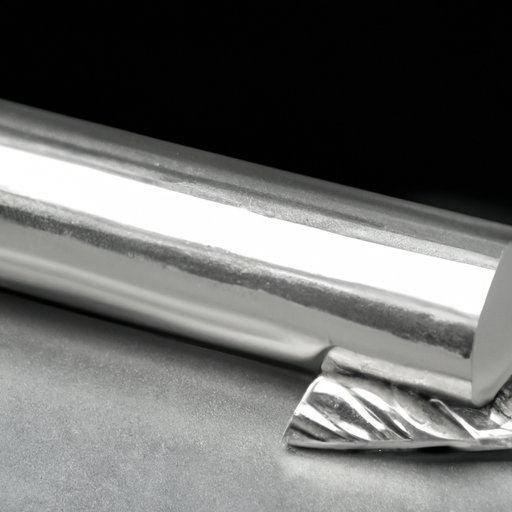 Conductivity is an important property of metals that describes their ability to carry electrical current. Aluminum is a widely used metal due to its excellent electrical conductivity and strength. In this article, we’ll explore the conductivity of aluminum and compare it to other metals, as well as analyze the effects of alloying and various environments on its electrical properties.

Exploring the Conductivity of Aluminum: How Does It Compare to Other Metals?

Aluminum has a high electrical conductivity, meaning it can easily allow electric current to flow through it. In fact, aluminum is one of the best electrical conductors available and is often used for wiring and other electrical components. Its high conductivity makes it ideal for use in power transmission lines, as well as in many electronic devices.

Aside from its conductivity, aluminum is also a strong and lightweight metal, making it highly versatile. Its strength and lightness make it ideal for use in construction and transportation, as well as in electronics. Additionally, aluminum is non-toxic and recyclable, making it an environmentally friendly material.

Analyzing the Impact of Alloying on Aluminum’s Conductivity

Comparing Aluminum Conductivity with Other Metals in Different Environments

The electrical properties of metals change depending on the environment they are in. Temperature, humidity, and other factors can all affect a metal’s conductivity. When comparing aluminum conductivity with other metals, it’s important to consider these environmental factors.